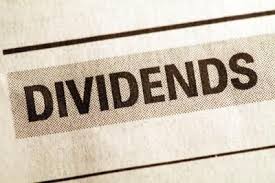 We highlighted in this blog as long ago as 2012 HMRC’s increasingly aggressive stance against what has long been held as legitimate tax planning by smaller companies. In a recent ruling (January 6, 2014) the Inland Revenue have won a case at appeal that gives further clarification around the issue of ‘settlement legislation’ and waiver of rights to receive dividend payments.

In the case, on two occasions the company declared dividends which were immediately waived by two directors (for a period of one day) and on the same day the directors’ wives were issued with dividend vouchers for £32,000 (in the first case) and £33,000 (in the second). There was no argument that either the waivers or the actual dividend payments were in any way invalid.

HMRC’s argument was that the intention of producing the dividend waivers was to allow higher dividend payments to the wives than would otherwise be the case in accordance with their shareholdings in the company, and to utilise the wives’ basic rate tax allowances and was caught by the settlement legislation as an “arrangement”.

The defence argued that the waiver was necessary in order to protect reserves in the company ahead of a property purchase, and that as the wives had each paid £1 for their shares there was no such arrangement.

This situation fits closely with the hypothetical scenario we highlighted in an earlier blog and it has come as no surprise that HMRC won both at Tribunal and on Appeal. There was no evidence to support the appellants’ assertion that there was a commercial purpose to the dividend waivers, and even if the assertion was correct, there still existed a ‘plan’ in the minds of the appellants which supported HMRC’s argument that an arrangement, and therefore a settlement, existed.

Guidance on HMRC’s position can be found in the Revenue Handbook, but it is becoming increasingly evident that dividend payments are firmly in the sights of H M Revenue and Customs, and professional advice should be sought to ensure that companies do not accidentally fall foul  of the Settlement Rules. At Burgis & Bullock we have many years experience of dealing with HMRC and can provide practical, effective advice to taxpayers to ensure that they structure their affairs in a tax effective manner. Contact your local office, call us on 0845 177 5500 or use our on-line contact form for a no obligation chat on this, or any other tax matter.