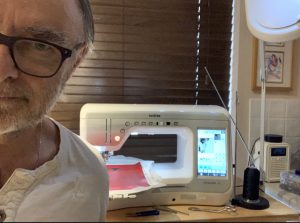 A Warwick fire safety officer who spent lockdown honing his sewing skills has now set up his own embroidery business.

Peter Casey-Mitcheson, better known as ‘Mitch’, has run PCM Fire Defence since 1998 but was inspired by his daughter’s fashion degree to pick up a new craft skill a few years ago.

The pandemic has led to a reduction in opportunities for his fire safety business, impacted by many offices and shops being closed – which enabled Mitch to dedicate more time to learning his craft.

After hundreds of snapped needles and months of practice learning how to use the machinery, the 63-year-old has now sold his first piece under the name of Thread Print.

He has been tutored by fellow Warwickshire business Sew Sew Helpful and will be working with the owner Vanessa Adams to produce more products and sell the creations at trade shows across the region. 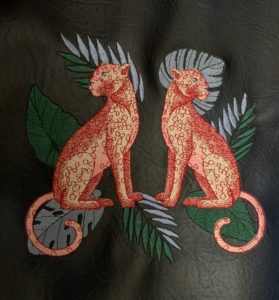 Mitch had an existing relationship with accountancy firm Burgis & Bullock with PCM Fire Defence and now the firm – which has offices in Leamington, Nuneaton, Rugby and Stratford-upon-Avon – is supporting his new embroidery venture.

Mitch said: “I’ve always been a ‘hands-on’ type of guy, built my own house extension, fixed cars, that kind of stuff, and then a few years ago when my daughter went to university, embroidery caught my attention.

“I bought an embroidery machine and have spent the last few years learning and getting the hang of it. When the pandemic hit, I suddenly had a lot more time on my hands and used that time to come on leaps and bounds with the skills.

“Approaching Vanessa for tuition was a great decision, she helped me to develop skills far quicker, now we’re working together to start to sell our pieces.

“What we do is basically transform images into thread, printing them on cotton using the machinery I have acquired over the last few years.

“I’ve worked with Burgis & Bullock for a number of years and we have developed a great trust, and they will be supporting me on this new venture too.

“I’m from a military family and was in the army before the fire service, so I started off with pictures of tanks and have now progressed onto a range of different items. Hopefully we will be able to have our own trade stands at markets around the region once restrictions allow!”

Rosy Hughes, Head of Private Client Tax at Burgis & Bullock, added: “Mitch wasn’t prepared to rest on his laurels when the pandemic impacted his normal business.

“Many of us have picked up new hobbies and developed new skills during lockdown. He has used the downtime productively and is now in a position to start selling pieces to the public.

“Mitch has shown great initiative and proved even after a long career in a completely different industry you can pick up a new skill and transform it into a business interest. We look forward to continuing to work with him in the future.” 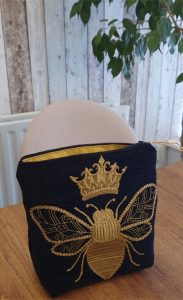