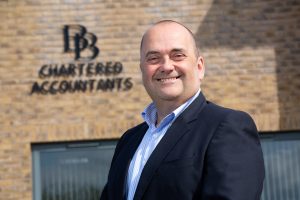 Chancellor Rishi Sunak has announced grants totalling £4.6 billion, including £594 million available to local authorities to distribute to support those not eligible for grants.

Businesses in the retail, hospitality and leisure sectors will receive a one-off top up grant of up to £9,000 per property too.

It is certainly good news that there is more support coming in, especially for businesses in the retail, hospitality and leisure sectors.

I have a lot of sympathy for the government. They have done a massive amount and should be applauded for what they have done.

But as always they could have done more to support other sectors of the economy, including some of the self-employed who have had no support since March 2020.

The existing self-employed income support scheme is running, but there is nothing out there for those that have been missed.

Company directors for example, or self-employed who earned £50,000 in 2019, and I know of a number of people who have had no income through 2020 and no government support either. They are just left with the safety net of income support, which is nothing compared to the grants and furlough that other businesses have benefited from.

Why has there been no support? Simply because it’s difficult to assess who these individuals are and what level of support they should receive.

It’s not inconceivable that you can be profitable one year and then have very little income in subsequent years.

The challenge for the Government is that really that income is only reported 12 months in arrears, even now you still are getting income reported up to March 2020 which can be quite buoyant for some of these businesses.

But now the 12 months of no trading won’t become clear until the tax returns for current period are prepared which will be absolute earliest summer this year.

I would absolute recommend people get their tax returns in as early as possible, as if you’re making losses there is tax relief to be gained.

Could they have done something similar to a Bounce Back Loans for the self-employed and then given the opportunity (if income was below a certain level when the tax return was submitted) to write those loans off as a grant?

Yes I think they probably could have done but it is complex and I understand why they’ve not done it.

The last thing the Government could do was throw in the towel now, so the support had to continue. Nobody is under any illusion that there we won’t see a massive impact after the business support ceases.

Could they afford to do more? Well, if you look at it in economic terms almost certainly not. The level of debt will be post-war size, which takes generations to claw back no matter how quick the bounce back of the economy may be.

Burgis & Bullock’s entire team are here to help with the current crisis and with planning for the future.