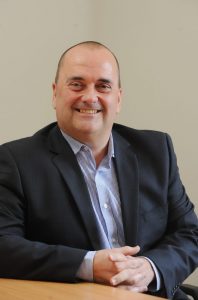 After three months of measures being introduced to support businesses through the Covid-19 pandemic, Chancellor Rishi Sunak has now outlined how the Job Retention Scheme will be drawn to a close.

The latest announcement included part-time working, tapering off employer contribution and a follow-up grant for the self-employed.

The scheme will actually close to new entrants on June 30, and from August employers will be required to play NICS and pension contributions – with the furlough wages falling to 60 per cent up to a cap of £1,875 in October.

These changes have been well received by businesses we speak to, with businesses saying for some time that they needed a degree of flexibility built-in to the next steps.

A number of clients have said that having staff in for a couple of days a week would be perfect.

The extension to October is useful as it gives a new degree of certainty, however I must say we’re slightly surprised by how generous the scheme will still be when being scaled back – it could definitely have been cut-back further.

The 70 per cent in September and 60 per cent in October is more than fair, and you would hope that by September the majority of businesses are open part-time at the very least.

Self-employed people have had their support extended for another three months, albeit at a slightly lower rate – this is very positive.

It’s fantastic that the support is still there, and that government is encouraging people to get back to work in a safe and secure manner, which is sensible because the economy desperately needs it.

We can’t spend an entire year living on government bailouts but having that firm back-stop date as the end of September is sensible.

Confidence across sectors is mixed, there is starting to be an upturn in demand for some businesses, whereas there is no light at the end of the tunnel yet for those in leisure and entertainment.

In the exhibitions and marketing sphere, 2021 is looking really encouraging – but the big question mark is if they can survive until then.

Retailers are pleased that they are able to open in June but also concerned that there won’t be any customers, and they’ll be left with additional overheads.

We’re expecting the latest announcement to be the last major announcement by the Chancellor, and it’s safe to say the measures have been very positive and much more generous than anyone would have predicted.

There will still be redundancies and we have already seen that in sectors like aerospace. That said, it would have been much worse without it.

I don’t think anyone is naïve enough to pretend that all of these people will come back to work in September and October.

In Coventry and Warwickshire, we still don’t know how and when tourism will return, and our agriculture industry will be concerned about getting workers to pick crops, however there are plenty of reasons to be positive too.

The schemes introduced by government have been positive, generous and certainly needed.

We’re not out of the woods yet but we can start to make the transition to the new normal.