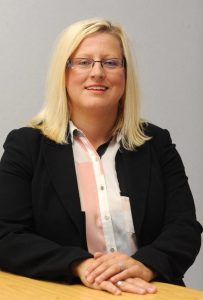 Over the coming months and years the Government will be looking at every turn to claw back the cost of extra spending during the Coronavirus pandemic – and it looks like Capital Gains Tax (CGT) will be among the first targets.

Chancellor Rishi Sunak announced last month his review into CGT, which is a tax on the profit when you sell an asset which has increased in value.

The Coronavirus support has helped a vast number of businesses and individuals, but HMRC needs to start recouping the spending and this is quite an easy picking.

The Conservative Party effectively made a promise in their manifesto to not raise certain taxes such as Income Tax or National Insurance, but no such promises were made around CGT.

There are three key areas that the review could look into, the first of those being changing the rate of tax applying to transactions.

Rates are quite complicated at the moment with a range of lower rates and the 20 per cent highest grade of CGT, other than residential properties where this can go up to 28 per cent.

These rates are still far lower than Income Tax at 45 per cent, so there could be some scope to bring CGT in-line with Income Tax or at least simplify it to remove the rates below 20 per cent.

However, 20 per cent is still not a bad rate of tax, even if Entrepreneurs’ Relief (now known as Business Asset Disposal Relief) disappears completely.

Sunak may look to crack down on the reliefs available for CGT.

Now, I’m not talking about Entrepreneurs’ Relief here but instead other actions such as placing restrictions on Capital Losses – which could be seen as politically insensitive given a lot of money being lost on shares in recent months.

There could be some restriction placed on the carry forward of losses, either in the limited time or amount you can carry forward.

Additional favourable reliefs such as private residence relief and incorporation relief could also come under attack.

The third area could be limiting manipulation of the annual exemption. At the moment individuals are allowed an allowance of £12,300 for offset against Capital Gains in this tax year. So if you have Capital Gains below that amount you don’t pay any tax.

Prior to the review there was talk regarding changes with the CGT uplift of tax of assets on death – which could certainly be looked at.

I hope there won’t be another hit on landlords, but it would be easy to target a single sector with rate changes.

We would be very hesitant to tell people to sell assets to try and benefit from the existing rules now. All we are certain of at the moment is there is a review, we don’t know the outcome and it’s unusual for the results of a review to be implemented immediately without consultation.

At the moment it would be premature to think about doing anything other than maybe speak with your accountant and have a look at your affairs in general, to check that they are as efficient as possible.

We hear stories of people considering going non-resident now to avoid paying the higher CGT but I think that is highly premature and very risky planning unless you really want to go and live somewhere else!

Burgis & Bullock can help people look at their position and we will do our best to keep our clients updated on latest developments and once we ow more we can provide a better overview to protect client positions.

Learn with Start Up Loans The government-backed Start Up Loans scheme has partnered with world-renowned distance-learning provider The Open University to give its customers – and other small busine... - read more