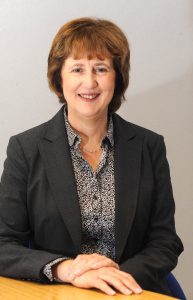 As reports circulate that Chancellor Rishi Sunak is planning a three-pronged tax raid on the wealthy in the upcoming Budget, Burgis & Bullock’s Head of Tax Anne Rose reviews the possible changes.

We know that Sunak is a young, ambitious Chancellor and were it not for Covid would have already set out his economic agenda right through to the next election.

That agenda has now been completely hijacked, but I’m sure that he is itching to publish a plan to get the economy back on track.

The challenge that faces Government is a desperate need to get money back, but not do anything to slow down the economic recovery.

Sunak is dealing with a fragile economy, with the end of furlough nearing ever closer and the reality of mass unemployment on the horizon. On top of that we have local lockdowns and the threat of the virus coming back in winter.

This is all coming to a crescendo right at the time that a budget is due to be delivered – it must be one of the most uncertain and difficult positions a Chancellor has ever been in.

There are three options, postponing the real budget for now and replacing it with a mini review, introducing potential tax rises but with a staggered introduction, or increasing the rates immediately.

He has previous history for immediate increases following the changes made to Entrepreneurs Relief at the last budget.

A staggered approach could force a flurry of economic activity, particularly around Capital Gains Tax and leading people to accelerate sales.

And Capital Gains Tax has been mooted as one of the ‘three pronged’ tax approach by the government, flanked by increasing Corporation Tax and tearing up the triple-lock on pensions.

It is being suggested in some quarters that Capital Gains could be made the same as marginal income tax rate (up to 45%) and that is a phenomenal increase.

If this was a Labour government threatening to increase Capital Gains then people might just hang on and not dispose of things, and wait for the Conservatives to get back in.

But if a Conservative Government is doing it you know it’s for keeps – Labour certainly won’t go back on it if they get in power.

You can read more about the possible changes to Capital Gains Tax in my colleague Rosy Hughes’ blog here – https://bandb.irunwp1.co.uk/blog-capital-gains-tax-review-progress-dont-act-prematurely/

It seems an odd time to raise Corporation Tax, but the lowering of the tax was never really to benefit small owner managed businesses, but instead to attract international investment.

We’ve had one of the lowest rates in the G7 for many years, and even if it increased to 24 per cent as has been highlighted, it would leave the UK lower than many European powers.

The companies that have majorly suffered from Covid will have some big tax losses for this period which they’ll carry forward, so if their trade improves they probably won’t pay any Corporation Tax to start with anyway.

I’m not sure it’s quite as big of a disincentive to businesses as people are worrying about and it won’t have such a big impact on many small businesses in the short term with likely levels of losses.

The triple lock on the pensions is more controversial. This system guarantees the State Pension will rise by a minimum of either 2.5 per cent, the rate of inflation or average earnings growth – whichever is largest.

But actually you can see an argument that there is so much uncertainty for non-pensioners, that maybe it is time to ease off the triple lock a bit.

The Government has no option but to retrieve money from somewhere, whilst trying to avoid Income Tax and National Insurance to not dampen the consumer spend. Plus they promised they wouldn’t raise either of these taxes in their manifesto.

They are under so much pressure from various quarters, so I expect taking flak for raising Corporation Tax isn’t their biggest concern.

In any other circumstances it would be a shock to see a Conservative government taking this approach but all normal rules are off the table in these extraordinary times.