Barrie joined the Financial Services industry in 1986 and worked for the next 9 years with a specialist pensions and retirement company, which helped to build his strong technical knowledge.

In 1995, Barrie joined Andy Adler at Ander Insurance Services to help to service the large client bank that had been built up over the preceding 13 years. He later became a partner of the firm in 2001 and remained as a Director when the firm was incorporated in 2009 to become known as Adler Financial Planning Ltd.

During his time with Adlers, Barrie has successfully achieved specialist qualifications both mortgages and pensions in addition to the range of more general qualifications required.

He has seen the impact that the many legislative and practical changes have had in affecting almost every aspect of the industry, much of which has steadily improved outcomes for the benefit of clients. 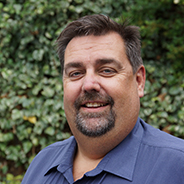